Eric Rahim was born in 1928, in what was then still British-ruled India. Having graduated from Forman Christian College, Lahore, in 1948, he worked with Dawn, Karachi, and subsequently with The Pakistan Times, Lahore. In 1958, he left Pakistan to study economics in London. He graduated from University College London (UCL) in 1961, obtaining a BSc. (Econ) degree with first-class honours, and later completed a PhD on Michal Kalecki’s theory of income distribution. He was appointed in 1963 to a Lectureship, later to a Senior Lectureship, at Strathclyde University, Glasgow, Scotland; currently, he is an Honorary Senior Lecturer. 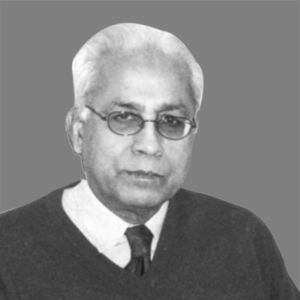 No products were found!